You oughta know the drill by now, kiddos. The Countess has hit a dry spell, ain’t got nothin’ too excitin’ or comprehensive to blog about, so she just performs a lobotomy on her brain and opens up a huge grab bag of whatever’s floatin’ around up there for all the world to read and weep…

Ok, so that’s a bit of hyperbole. I’ve actually only seen it approximately seven million times. But really, I’ve seen this film many, many, many times. I couldn’t stop laughing about three minutes into the film, which perplexed my husband because it wasn’t exactly a funny scene. “I’m just laughing because I know exactly what he’s going to say next,” I told him. It’s such a great film and makes my heart so, so happy. Can someone remind me why neither Paul Dano OR John Cusack were even at least nominated for you-know-what? I guess the nominating committee didn’t close their eyes like Brian told them to. (“I don’t know what the hell you’re talking about. I closed my eyes, didn’t see a thing.” What a party pooper, that Murray.) So many great moments and lines in this film. “You’re grass, and I’m a power mower.” “I’m already eating as fast as I can!” “Does it sound like a drug song to anyone else?” “Mike, you can leave if you don’t want to be here, thank you. I’m working with the cello players.” “See you tomorrow, Hal!” And on and on and on. Ahhh. I love this movie.

(Pssst, anyone else uncontrollably amused by Mike Love’s one critique of the Royal Philharmonic Orchestra’s album of Beach Boys songs? “When the first list came to me, they didn’t have ‘Kokomo’ on it. Now, it wasn’t a big hit in the UK, but it was No.1 for eight weeks in Australia and a No.1 in the US, so I said, ‘Actually, it’s the biggest-selling single we ever had – bigger than “I Get Around”, bigger than “Good Vibrations”, so that’s really saying something.’ Not having it on the album would be a mistake. In the end it turned out great.” No, in the end, it turned out hiiiiilarious. Listen for yourself here but only if you want to be cursed with having “Kokomo” in your head ALL SUMMER LONG, grrrrrrr.)

Unless you have been hiding under a rock with my sister, then you probably already watched Paul McCartney Carpool Karaoke.

Not that I really watch The Late Late Show with James Corden on a regular basis or anything (or at all, really), but it is easily the best Carpool Karaoke ever. It’s funny, poignant, and magical as only a former Beatle can conjure. I’m also so lovin’ the new Macca trax. How blessed we are to have Sir Paul McCartney in this world!!

On the other hand, I’m still trying to figure out this new Arctic Monkeys album.

Do I like it? Do I not like it? Am I awake? Am I asleep? Do I want to book a trip to the moon? I just don’t know. But I’ve been listening to it pretty much non-stop trying to figure it out and finding snippets of lyrics popping into my brain:

What do you mean you’ve never seen Blade Runner?

Kiss me underneath the moon’s side boob

Bear with me, man, I lost my train of thought

Since the exodus it’s all getting GENTRIFIIIIIIED

I launch my fragrance called “Integrity”

Confused, unsure, and looking for answers, I sought inspiration from a higher power. That’s right, I turned to Google and discovered a clip of an interview with Noel Gallagher being questioned about the album.

The journalist puts forth the premise of the album (a retirement home for rock stars on the moon–no, really) to Noel and wonders if he fancies it. “I don’t know what to make of it,” Noel answers simply.

The journalist presses a little, describing the album as experimental, off-the-beaten track, not really what you would expect from Arctic Monkeys.”No, you’d expect a few choruses. There wasn’t any of them,” Gallagher quips dryly.

It is completely different from anything Arctic Monkeys have done before, it isn’t exactly what you’d expect, it might make you a bit uncomfortable or even outraged that those “We’re Arctic Monkeys, this is ‘I Bet You Look Good on the Dancefloor’, don’t believe the hype” have grown up, grown some facial hair, changed a little…but, alas, I haven’t stopped loving you once.

There’s also been a ton of outrage (apparently) that Alex Turner grew some facial hair and has been sporting a beard.

I just wanna know where ya’ll were when Jarvis Cocker grew a beard. Like, that was outrage, and it was a protest party of one as I recall. At some point–oh maybe two or three years later, I think it was–I had to accept that Jarvis wasn’t going to shave his beard or wash his hair on a regular basis. You can’t change people, people. You just have to love them for who they are.

And Jarvis is a really weird guy. But I still like him a lot.

I still got it.

And by “it,” I refer to the ability to win the Turner Classic Movies edition of Scene It despite not spending all my spare time watching old movies anymore. I won even when my opponents got questions like, “What does Zuzu tell Daddy happens every time a bell rings?” and “What film stars Clark Gable, Marilyn Monroe, and Montgomery Clift?” and “What color are Dorothy’s shoes in The Wizard of Oz?” Come on, now, I’m sleep-walking here, answering these questions!!

But really, I won because I always choose The Maltese Falcon as my playing piece, and it never, ever lets me down. 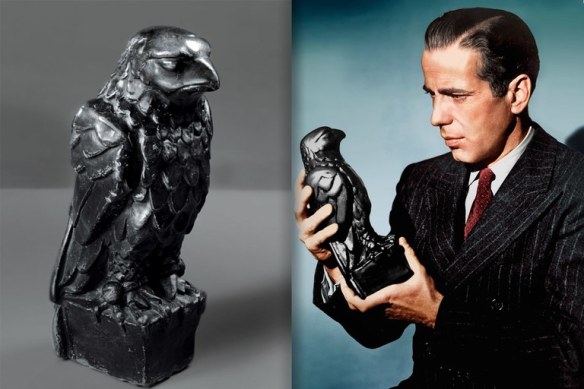 Hearts in my eyes for Sam Spade forever.

I’ve been to the movies twice recently (to see Jurassic World and Incredibles 2, both very enjoyable) and saw the absolute worst trailer for a movie, ever. Like, ever, ever.

I don’t even know if I can post it here in all good conscience. Some virtually braindead individual had the dumb idea to not only make another film version of Little Women but also “re-imagine” the story by placing it in a modern setting. I’m appalled, really. I have no words. This is like in Back to the Future II when Marty finds himself in an alternate 1985 where his mom has had a boob job and is married to Biff. We have to go back to 1955 and stop Biff from giving himself the Sports Almanac from 2015. We have to stop this movie from being made. We only need the perfect, definitive film version of Louisa May Alcott’s story produced in 1994, starring Winona Ryder as Jo. And if you can’t deal with that, at least respect the author’s work and LEAVE IT ALONE. I SAID NO NO NO!!!!!!!

I need to calm down.

I’m the greatest and you better believe it, baby!

I finished watching all eight seasons of 24…my life is now devoid of meaning.

I haven’t watched the “revival” or whatever you wanna call it, but I must say, I was little underwhelmed by the series finale. It seemed…a little reminiscent of an earlier season finale????? Come on now. But Jack Bauer is still awesome.

I kind of cycled through all the story arcs I wanted to and I don’t know if I really want to watch the Leviathan storyline (like who needs that kind of negativity in their life???) or if I should actually watch the pre-Barnabas (gasp!) episodes for the first time ever. I remember seeing a few on Sci-Fi as a kid, and as I recall, they were one long yawn. Apparently, however, there are fans who argue that some of the series’ best acting and writing is found in those early episodes. I just don’t know if I can stomach 209 episodes of no Barnabas or Quentin. I don’t know if that life is worth living, frankly. Let me know your thoughts.

That’s it, kids. This is just a “mini” grab bag–for when you need a Hand of Count Petofi fix but don’t want all the calories. Unless you’re like me and eat the whole bag anyway and then end up in bed, shutting out the rest of the world.

It’s waaaaay past my bedtime. As if that weren’t clear enough.